Home > A Taste of Yorkshire

A Taste of Yorkshire

The importance of catering for conferences

Catering is a key consideration when you’re planning a conference and it shouldn’t be overlooked. Not only is it one of the largest expenses when putting on an event, but it also signals the breaks and downtime when delegates can discuss ideas and network. Creating the right atmosphere with food is important, and one way to do just that is to take inspiration from the conference’s location.
When it comes to food service the use of British ingredients is a rising trend, with recent research showing that over half of diners would pay up to 10% more for food if it was grown in Britain. 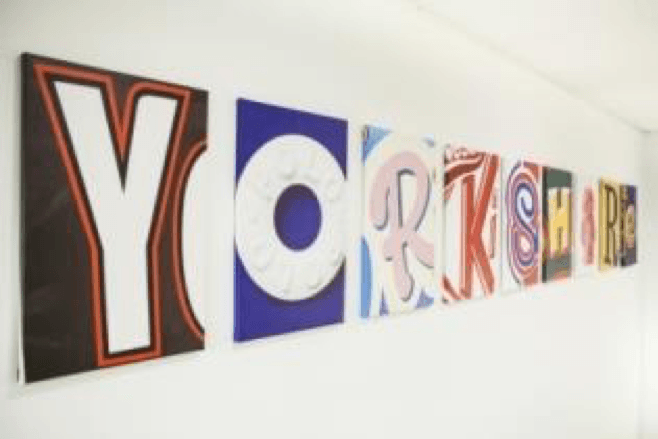 Yorkshire is known for many delicacies, from the Yorkshire Pudding to Wensleydale Cheese. As the region’s largest city and a key player in the food and drink scene in the north of England, Leeds offers a number of conference venues that celebrate the best of Yorkshire food in their catering menus, whether that be through traditional dishes or reimagined classics.
Traditional Yorkshire food and ingredients to look out for in Leeds include:

Crafthouse, a fine dining restaurant and conference venue situated in Trinity Leeds, brings traditional Yorkshire foods into its menu through both the meals on offer and the produce used. Executive Chef, Lee Murdoch understands the importance of location when it comes to putting together dishes, none more so than the roast dinner. “A roast wouldn’t be complete without a Yorkshire pudding – and we serve up super-sized Yorkshire puds here at Crafthouse” he commented.

The ‘Made in Britain’ food trend was recently found to be four times more popular with diners than other categories such as veganism and plant-based eating, with roast dinners topping the charts for the most popular British dish. We spoke to other conference venues in and around Leeds about why they opt for regional dishes and use local produce in their catering menus. 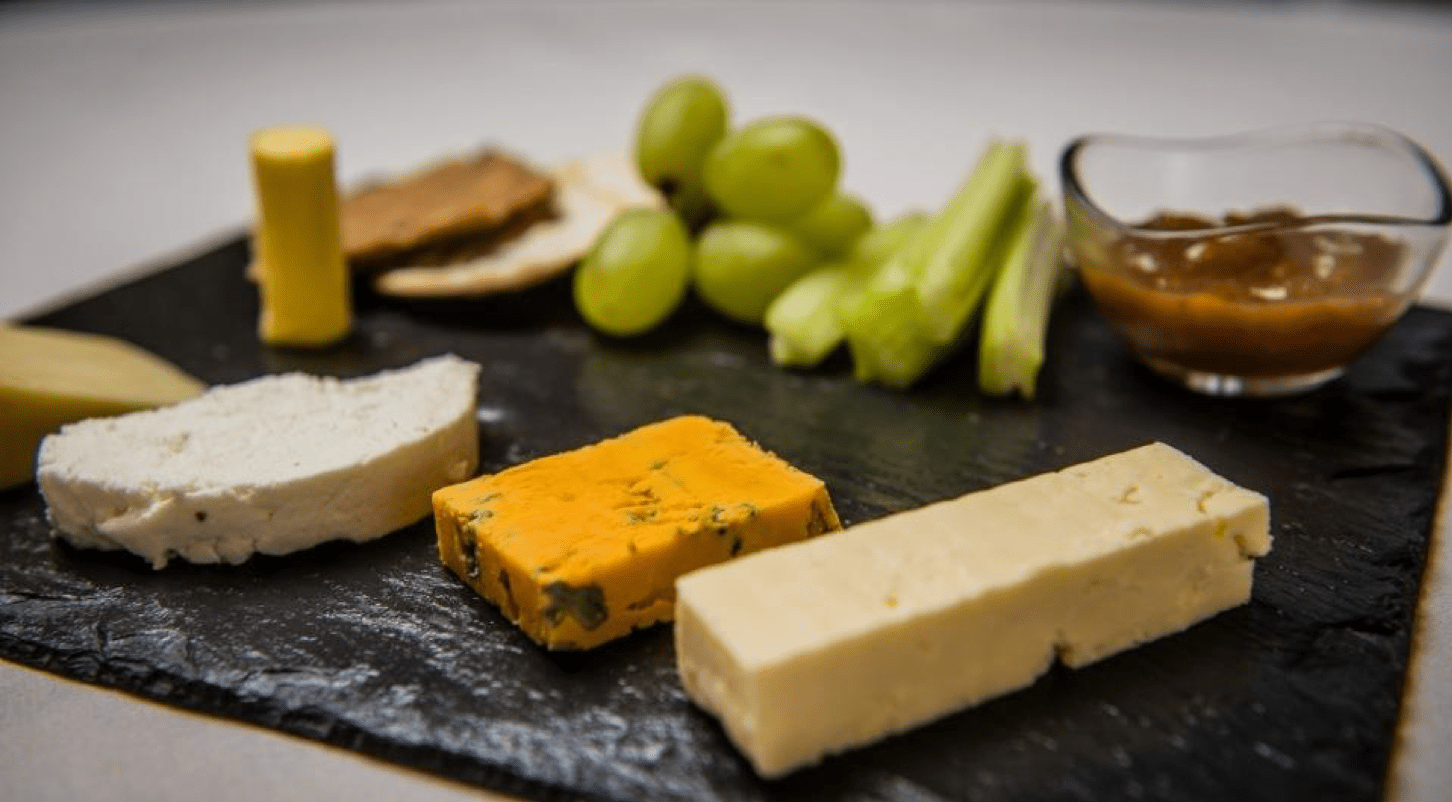 It’s not just traditional favourites that feature on conference menus across Leeds. Hybrid or ‘fusion’ cuisine, which combines elements of different culinary traditions, can also be found in restaurants around the city.

Issho, situated in the city’s most recently opened shopping and leisure destination, Victoria Gate, is one venue to do just this. Offering a contemporary take on Japanese cuisine, the team has fully embraced the restaurant’s Yorkshire location, pulling in inspiration from regional dishes and ingredients. “We source local produce wherever possible, from the fish to fruit.

Yorkshire is also well known for its rhubarb, and as a nod to that, we have a chilled Yorkshire rhubarb crumble on our menu, served with an apple and sake sorbet. It’s this combination of Japanese techniques and Yorkshire produce that helped us gain a recommendation in the latest Michelin Guide” explains Ben Orpwood, Executive Chef at Issho.

Yorkshire is home to the famous Rhubarb Triangle, known for producing forced rhubarb. Originally much bigger than it is today, the triangle used to stretch across Leeds, Bradford and Wakefield, but the county is still one of the best places to grow the vegetable. Rhubarb is native to Siberia, but Yorkshire’s weather in the winter months makes it the ideal place to grow in the UK. 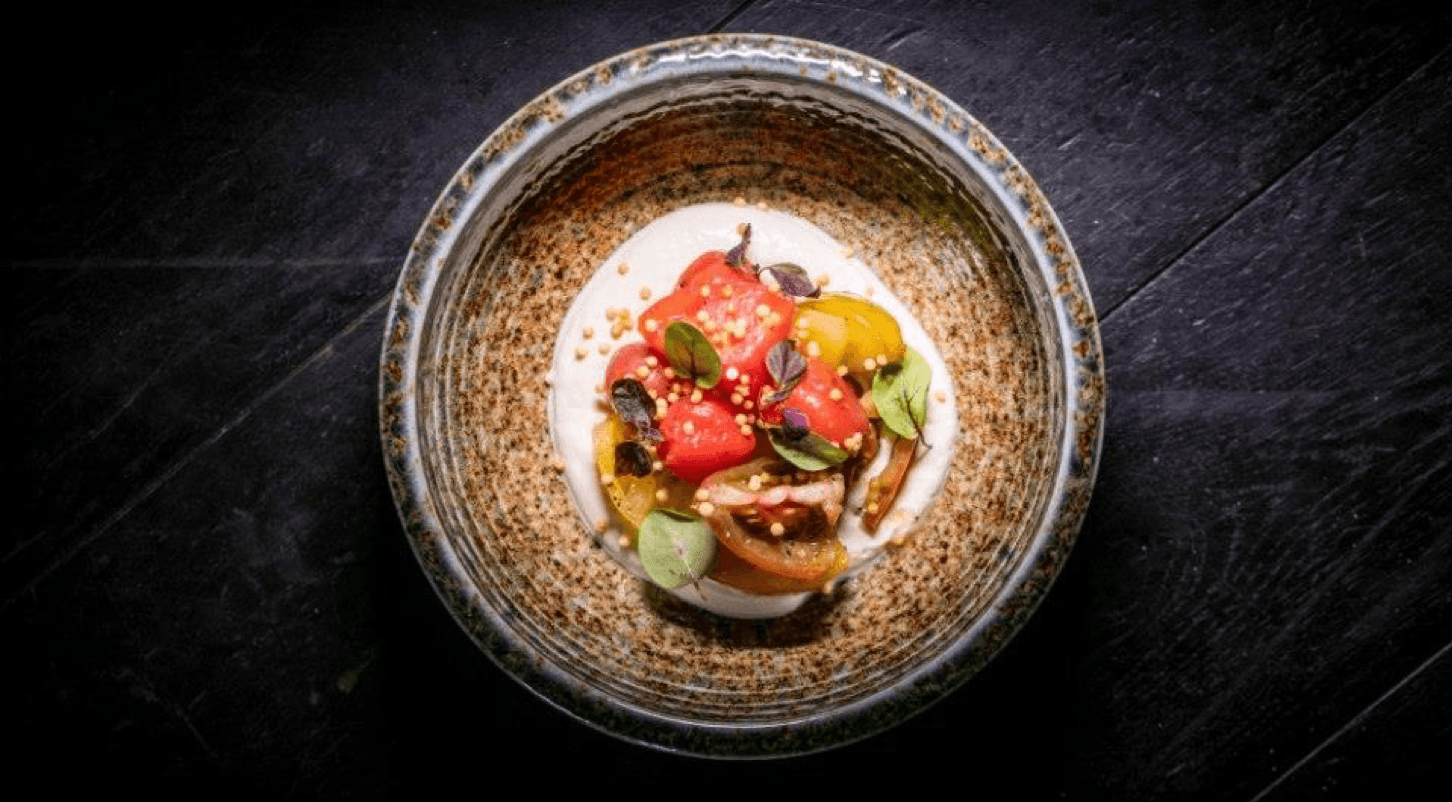 The importance of local produce

Nothing is more authentic than a Yorkshire dish made with Yorkshire produce, and conference venues from across the city pride themselves on working with local suppliers. As consumers continue to pay more attention to what they eat and where it comes from, food quality is becoming ever more important in foodservice and events.

thestudio, based in the heart of the city, thrives on its relationship with local suppliers. As well as promoting regional produce through its menus, the venue also has a Yorkshire-inspired wall featuring artwork depicting the food, drink and confectionery brands that help put the region on the culinary map, including Terry’s Chocolate Orange, John Smiths, Henderson’s Relish and of course, Yorkshire Tea. Julian Kettleborough, Commercial Director explains, “We appreciate that it is these businesses that are the heart of any city. As these major brands were founded here, continue trading here, and are contributing to the economy here, it seemed only right to honour them on our wall.”

The Radisson Blue Hotel, situated in The Light in central Leeds, aims to use locally grown food in its event menus wherever possible. “We are indebted to our local growers for their commitment to excellence in helping us provide a real taste of Yorkshire. We pride ourselves on stocking some of the ﬁnest artisan cheeses that our region has to offer. We want delegates to experience the wealth and depth of real Yorkshire food” says Jason Long, Revenue Office Manager.

The team at Crafthouse is also focussed on bringing Yorkshire ingredients into their dishes. “Our Yorkshire pork belly is locally sourced and comes served with truffle puff, mushroom puree and leeks – it’s one of our most popular dishes. Sourcing local produce is extremely important to our chefs, and our new Yorkshire Afternoon Tea naturally has a real focus on Yorkshire produce” comments Executive Chef, Lee Murdoch. 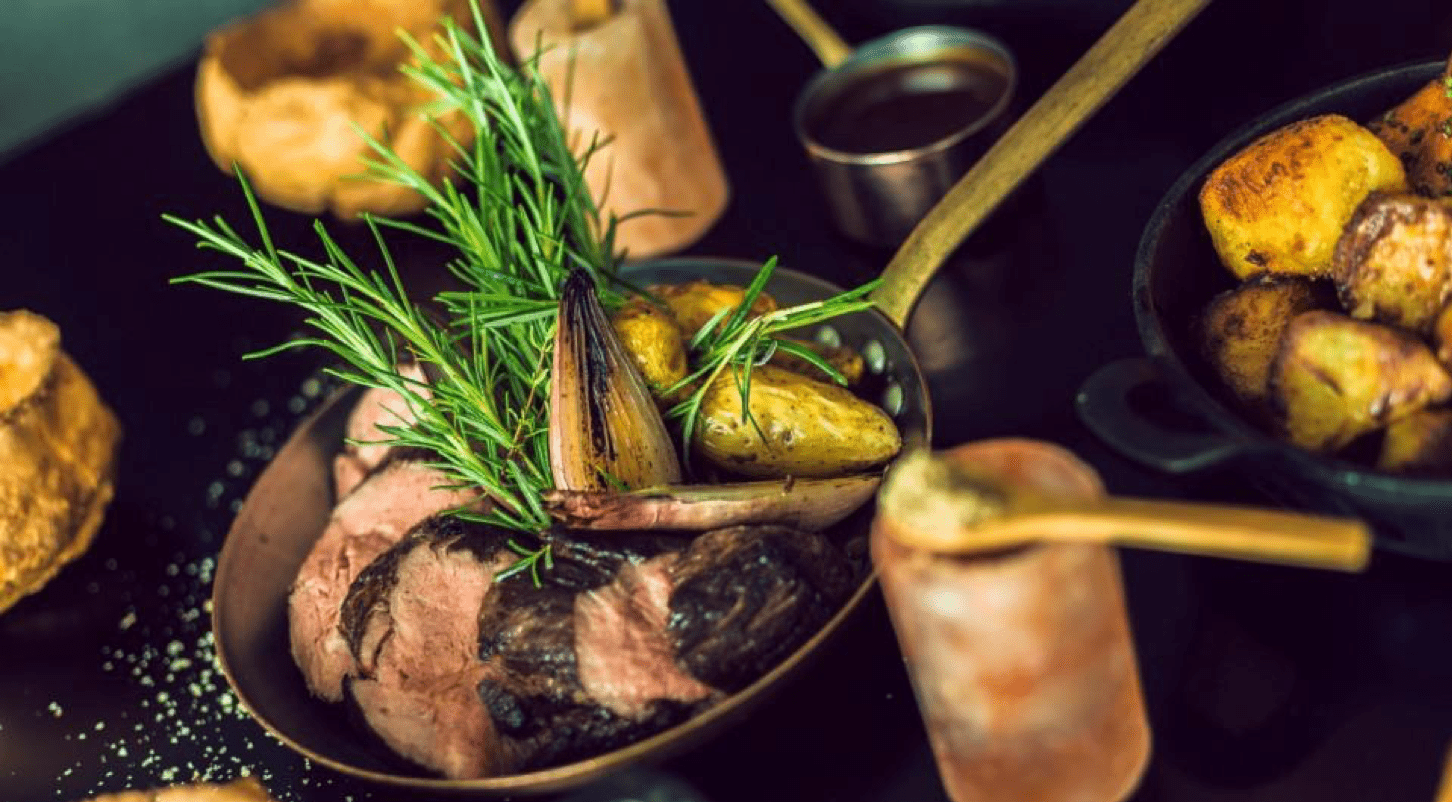 Favourite Yorkshire dishesWith so much regional fare on offer throughout the city, there are plenty of options to choose from when creating the ideal delegate menu. Here are some of our conference venues’ top picks:

Mark Dawson, Executive Head Chef, Dine: “A very popular option from us is the Yorkshire Ploughman’s Platter, featuring pulled chicken and artichoke terrine, chunks of mature cheddar, carved rare roast beef, Yorkshire honey roast ham and a mini pork pie. This is because of its provenance and the general trend and popularity of sharing boards and platters.”
Ben Orpwood, Executive Chef, Issho: “Most of our kitchen team is from Leeds, so we’re all fans of the typical Yorkshire fare, from the traditional Yorkshire pud to rhubarb and Yorkshire parkin.”

Charlie Dennison, Chef, Cloth Hall Court: ‘Without a doubt it has to be a Yorkshire pudding with plenty of gravy.”

Julian Kettleborough, Commercial Director, thestudio: “My grandmother was from South Yorkshire and I have really fond memories of growing up around her home cooking: she made the best roast potatoes and Yorkshire pudding I’ve ever tasted! Another speciality was her amazing peach pie.”