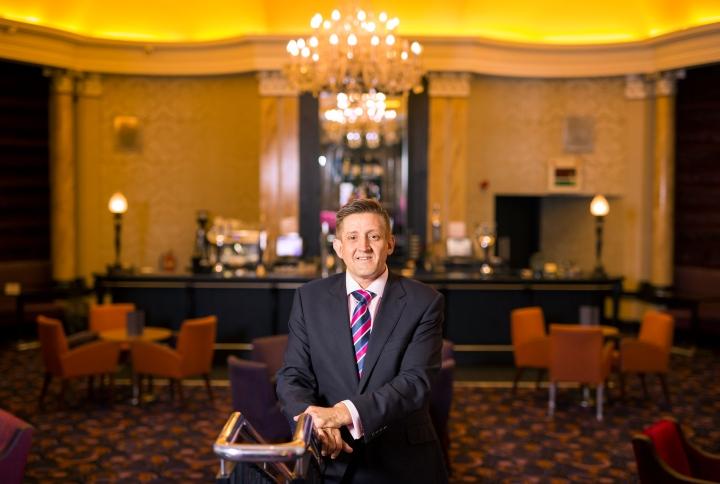 ConferenceLeeds welcomes the appointment of Wayne Topley as new General Manager at iconic Leeds hotel, The Queens. In his new role, Wayne will oversee the running of all aspects of the hotel, including its conferencing facilities.

Having previously worked as Divisional Director with hotel management company, Redefine BDL, Wayne brings extensive hotel management skills to the role. In his new position, Wayne will oversee 200 members of staff at the hotel, whilst also working closely with the ConferenceLeeds team to attract national and international conferences to the city.

Commenting on his new role, Wayne said:
“I’m proud to join the team at The Queens, which is such an iconic Leeds hotel. Leeds is a fantastic city and a leading conference destination. We’ve welcomed several successful conferences to the hotel this year, such as the International Association of Language Centres, this year’s International Congress and Convention Association, and the UK and Ireland Chapter debate and I’m looking forward to hosting several more in future.”

Jennifer Young, Head of ConferenceLeeds, commented:
“We welcome Wayne to the city and we are looking forward to working closely with Wayne and his team to help bring prestigious conferences to the city. Wayne’s appointment at The Queens stregnthens our offer of providing an excellent delegate experience with the aim of converting business tourists to leisure tourists and driving repeat visits to the city.”

The Queens is a landmark four-star hotel situated in the heart of Leeds City Centre adjacent to the railway station. The hotel boasts 16 flexible conference rooms with the ability to host up to 500 delegates, as well as 215 bedrooms.

For more information, visit www.conference-leeds.com, follow ConferenceLeeds on Twitter @conferenceleeds, or call the team to discuss your conference requirements on 0113 378 1183.