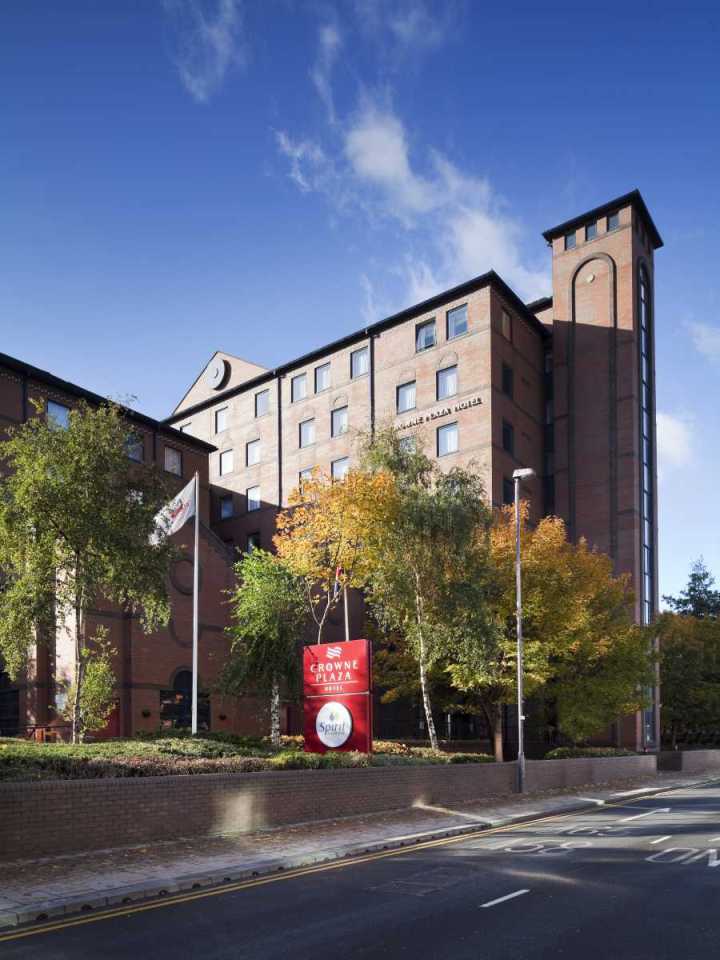 A Leeds city centre hotel that was devastated by unprecedented flooding almost a year ago has been presented with a prestigious industry award, in recognition of how its team dealt with and recovered from the crisis.

The Crowne Plaza Leeds, on Wellington Street, was badly hit by the floods on 26 December 2015, cutting the hotel’s power and leaving guests and staff stranded on site.

The team’s efforts on the night and in the months after have now been marked with a prestigious ‘Extra Mile’ award at the Hotel Cateys – a renowned industry event, hosted by The Caterer Magazine.

Lynda Coaley, general manager at the Crowne Plaza Hotel, said: “This award means so much to the hotel team.

“The floods were truly unprecedented and our guests and staff were faced with spending the night here in darkness, as unfortunately it was too unsafe to leave.

“We had no power to the hotel at all and no methods of communicating other than mobile phones. However, our team rallied together and put our crisis plan into action immediately, providing guests with as much comfort as possible before moving them to another hotel when it was safe to do so.”

In the aftermath of the floods, with all of its IT infrastructure irreversibly damaged and much of its basement, ground floor and car park damaged significantly, the Crowne Plaza team then faced a two-month clean-up project to get the hotel back to its original standard.

Lynda added: “It was hard work to restore the hotel after the flood damage. It cost more than £1million and we had to work with our customers to rearrange event bookings and room reservations wherever possible.

“However, in March this year, we reopened our doors and welcomed our customers back. It’s been a tough journey but one that has shown the resilience and the dedication of the team at the Crowne Plaza Leeds hotel.”

Launched in 2007, the Hotel Cateys celebrate the most successful hotels, hoteliers and hotel employees across the UK.

“Having been so devastated by the flash floods over the Christmas period, I know that it must have taken a great deal of grit and determination to even begin the process of refurbishment.

“The team pulled together and handled the situation amazingly well and we’re pleased that local member hotels were able to support in the immediate aftermath and during the refurb, knowing they wouldn’t hesitate to do the same for anyone else. Completely deserved and huge congratulations to a truly inspirational team.”

Nicholas Northam, managing director of Interstate Europe Hotels & Resorts in the UK – the hotel management company behind the Crowne Plaza Leeds, said: “This award is testimony to the outstanding work the team at the Crowne Plaza Leeds put in to get their hotel back up and running, after the devastation caused by the floods last Christmas.

“We’re very proud to count the hotel as one of our properties and would like to reiterate our congratulations to every member of the team there for winning this well-deserved award.”

For more information about the Crowne Plaza Leeds, visit www.cpleedshotel.co.uk/