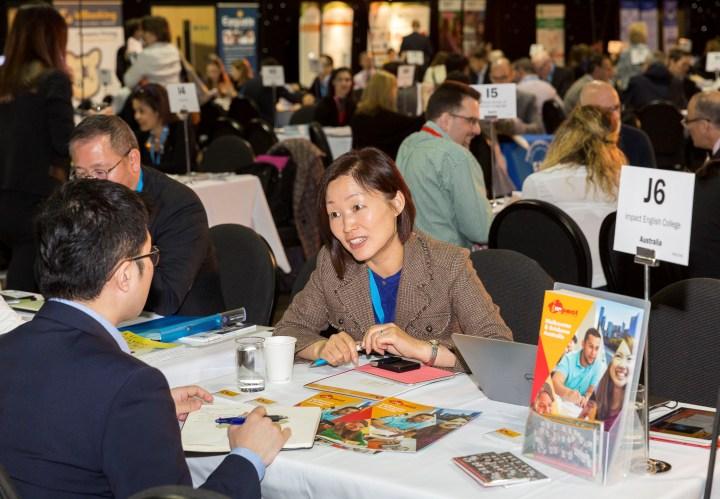 After registering at Leeds Marriott Hotel, delegates were given the opportunity to take a walking tour of the city before delving into workshops hosted at The Royal Armouries. The conference focused on key industry topics, such as smoother cooperation between schools and agents, and the question around standardisation in language travel. As well as seminars and business appointments, there were also several networking events over the course of the conference, which included a welcome reception hosted by the Centre of English Studies (CES) at the famous Victoria Quarter where catering was provided by Harvey Nichols and the conference came to a close with a 1920’s themed dinner hosted at the Queens Hotel. Finally, after the workshop, 51 agents attended seven organised fam-visits to IALC schools across the UK and Ireland.

For over 30 years, this international language travel workshop has been a key event in the calendar for agents to find high-quality language study programmes for students of all ages and backgrounds. IALC has accredited language centres in 109 destinations around the world offering over 1,000 language programmes in nine languages. IALC’s position as a leading network of independent and mainly owner-operated language centres ensures that the workshop attracts predominantly owners and senior decision-makers from student recruitment agencies as well.

Jennifer Young, Head of ConferenceLeeds, commented:
“The team at IALC utilised Leeds and its conferencing and event assets brilliantly during their time here. Delegates were able to experience some of the most unique venues that Leeds has to offer, which culminated in a totally bespoke experience for them. It was a pleasure to welcome the workshop back to the city after almost 30 years, and the amount of international delegates from such a wide variety of countries was a testament to the cultural diversity in the Leeds City Region.”

Rachael Edmed, Event Manager at IALC, added:
“The service from ConferenceLeeds and its venues helped to facilitate a hugely successful workshop this year and we’ve had some fantastic feedback from delegates. Prior to our workshop many agents were previously unaware of how great the two cities are for hosting study aboard programmes. Now they’ve experienced their many strengths first hand I can only predict that as a destination its popularity will increase.”

For more information, visit www.conference-leeds.com, follow Conference Leeds on Twitter @conferenceleeds or call the team to discuss your conference requirements on 0113 378 1183.