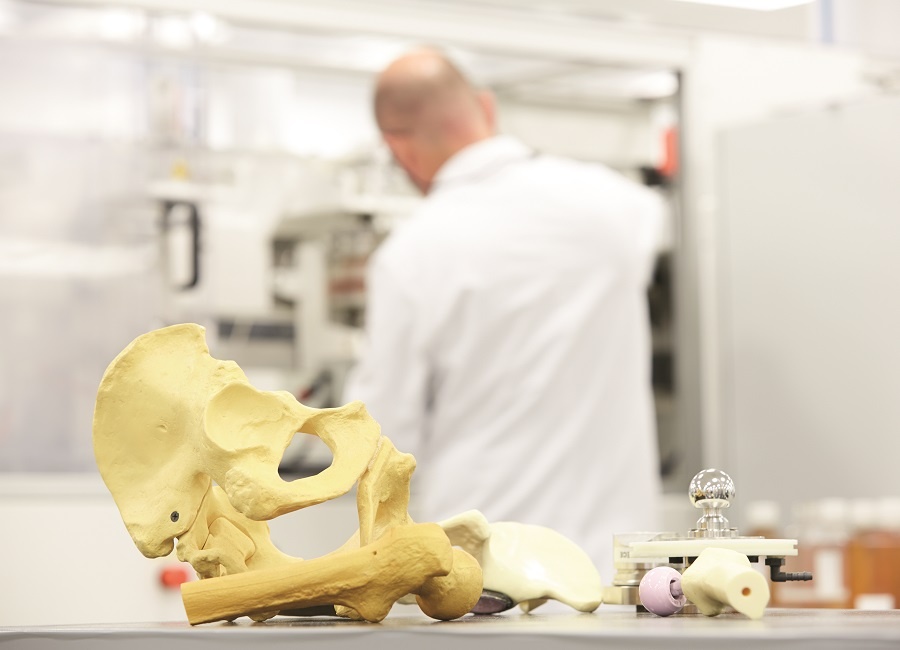 LOOKING BACK AT HOW LEEDS HAS LED THE WAY IN MEDICINE

The city of Leeds has had a real impact on the world as we know it. Leeds has a position as the epicentre of the modern north, with exceptional experiences, unique venues and radical innovators on display in the city. Leeds is home to some of the best minds in the world at its academic institutions, and it has a renowned reputation at the forefront of tech and as a true hub of healthcare, culture and sport. Even now, as the world has been changed with the impact of the coronavirus, Leeds’ teams are working to help in the fight against the virus at a regional and a national level. The University of Leeds, one of the leading universities in the world, has been marshalling its world-leading equipment, as well as its advanced expertise and drawing on its influential networks to help fight against COVID-19. It has opened up its campus, including the School of Medicine’s pathology and microbiology laboratories, and offered up its staff in order to create additional capacity for diagnostic testing, in support of Leeds Teaching Hospitals Trust.

This isn’t the first time that Leeds has been a driving force in healthcare, though. The team at ConferenceLeeds is shining a light on the ways in which Leeds’ many past key developments have proven to be crucial turning points in the history of medicine.

Earlier this month, the research delivery team at Leeds Teaching Hospital NHS Trust (LTHT) recruited the very first patient globally, and the first patient within the UK, for two new COVID-19 research trails in search of potential new therapies for the virus. The recruitment of the first global patient is a fantastic achievement, made even more so during this incredibly busy time for all of the teams at LTHT. The outcome of this will aim to result in the patients at LTHT being able to gain access to the widest possible selection of potential therapies to tackle COVID-19; a feat which continues to be hugely crucial across the world.

One huge development that was created in the city of Leeds was by Sir William Henry Bragg, following the discovery of X-rays.

Leeds is also home to the very first clinical thermometer, the same one that is still used today, 150 years later.

By the nineteenth century, doctors had recognised the importance of recording patients’ temperatures, and merged the link between extreme temperatures with certain illnesses. The existing thermometer at the time was an inconvenient, foot-long instrument that took up to 20 minutes to register temperature.

Which is why back in 1966, one of Yorkshire’s most celebrated physicians, Sir Thomas Clifford Allbutt, who during his time spent working at Leeds General Infirmary, introduced the modern clinical thermometer which was a welcome alternative. Measuring at six inches and containing mercury, Allbutt’s thermometer could be easily carried around hospitals and gave fast, accurate readings; the style of which is still used today.

The pioneering scientist from the University of Leeds, William Astbury, is well known for making the very first steps towards discovering the structure of DNA. In 1983, Bragg took the very first X-ray images of DNA, the genetic material from which Astbury discovered was an early structure of the molecule.

During this period, the majority of scientists believe that DNA was nothing more than a structural scaffold, but Astbury and Bell were among the first few who thought that DNA was much more complex.

Following his discovery, Astbury was keen to establish a new department that would become a national centre for molecular biology. Despite the Medical Research Council initially rejecting his application for funding, the University of Leeds offered him premises for his new department. This department was then later home to a second highly significant development, which included the discovery of the main component of blood clots.

Simon Kay, Professor of Hand Surgery, had been calling out for volunteers of the pioneering surgery which had already been a success abroad, with the first operation being performed in France in 1997.

Professor Kay performed the UK’s first ground-breaking operation on Mark Cahill, which saw medics attach bones in Mark’s arm to a new hand with titanium plates. The arm and hand were connected with tendons, blood vessels and large nerves and was hailed a huge success.

Thanks to Mark’s new hand, he later went on to perform emergency chest compressions on his wife and saved her life; something which would not have been a possibility before the surgery. This incredible achievement went on to be used in an exhibition at Leeds City Museum in 2019, to demonstrate the importance of organ donation.

But it doesn’t stop there. Progress has continued within the field, with a double hand transplant being performed at LGI last year. As the only hospital in the UK to be offering hand transplantation, it has since completed five successful surgeries since its breakthrough operation back in 2012.

Scientists at The University of Leeds have recently identified a new internal regulator that helps to control the body’s response to fighting infection. This exciting discovery could open the doors for the creation of new drugs to tackle autoimmune diseases, such as lupus and scleroderma, where the body’s own immune system attacks healthy tissues.

Using powerful cryo-electron microscopes at the University of Leeds’ Astbury Centre, which offers one of the best structural biology facilities in the world, scientists from the university’s School of Molecular and Cellular Biology were able to reveal the structure of the regulator and for the very first time, understand how they work together in a cell.

This breakthrough could now open a new avenue for drug discovery and help to prevent autoimmune diseases which often include a vast range of difficult-to-treat conditions, including type 1 diabetes and rheumatoid arthritis.

Claire Heap, Head of Conference Leeds, commented: “Now, more so than ever, we believe that it’s important to shine a light on the incredible medical discoveries from Leeds, as its strength in healthcare continues to develop and grow. Dating back to the 19th Century, Leeds has been instrumental in many key developments across healthcare –  changing the world with research, discoveries and innovations. Even today, as we see the world brought to a standstill by COVID-19, the professionals in this city are rising up to the challenge and becoming an instrumental force in the fight against the virus, which is something that we as a city are incredibly proud of.”

Leeds is the 5th most popular conferencing destination in the UK, according to the 2019 BMEIS report, contributing £212.7 million to the local economy in 2017, (UKCAMS). The 2018 STEAM survey recorded that Leeds welcomed 29.1 million tourism visits in 2017, a 6.3% increase from 2016. The visitor economy sector is growing at an impressive rate, with day visitors up by 4% and overnight stays increasingly by 5.4%.

ConferenceLeeds offers tailored conference propositions designed to delight and surprise. Offering a dedicated planning team, from venues and accommodation to catering and logistics, ConferenceLeeds works through every stage and detail to deliver an event like no other.

Through an extensive list of partners, the ConferenceLeeds team provides unrivalled access to key people across the city, including thought leaders and industry bodies – opening endless doors to create exciting opportunities.