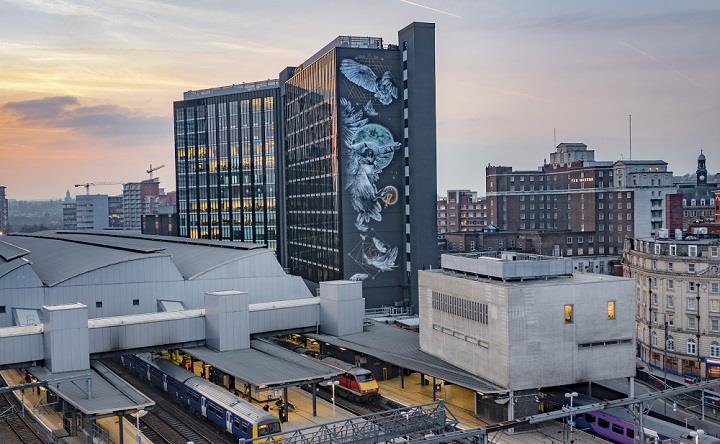 Looking to the future! What’s in store for Leeds in 2019?

After another successful year for Leeds, contributing £212.7 million to the UK economy in 2017 (UKCAMS), and climbing the ranks to become the fourth most popular conferencing city in the UK, according to this year’s British Meetings and Events Industry survey (BMEIS), ConferenceLeeds now looks towards 2019 and the trends the conference market is likely to see in the city over the next 12 months.

A Year of Sport
2019 is a year of prominent international sporting events for Yorkshire, there’s a particular focus on Leeds with a number of prestigious events happening in the city centre and a major new conferencing and events space opening too. Headingley Emerald Stadium, which is due to open in time for the Cricket World Cup and the Ashes Test will see the rugby and cricket grounds sharing conference and banqueting suites through dual-aspect and combined catering and bar facilities. This will be the only sporting venue in the UK with a dual aspect space, and will bring a unique new venue for conference organisers looking to host events in the city.

Alongside this, 2019 marks the 50th anniversary year of Northern Ballet, and to celebrate the company have brought to life a brand new biopic which brings the sensational story of Queen Victoria to life in dance, which we’re sure will be a firm favourite for visitors and delegates alike.

Increased investment and regeneration
Following an investment of £1.4million in the city in 2018, 2019 will also see the refurbishment of many more Leeds venues, with the Leeds Town Hall and the recently re-named Leeds Playhouse currently undergoing a massive £multi-million redevelopment to improve their conferencing spaces. Alongside this, a variety of new venues are set to open and some of the cultural spaces in the city continue to benefit from investment, for example the Thackray Medical Museum is undergoing a £4.9million redevelopment campaign at the moment, with a significant amount of the investment focussing on their conferencing space.

2019 will also see the opening of the brand new NEXUS centre in Leeds, It will provide a range of spaces for networking and collaboration, including meeting rooms, presentation space and an innovation suite, as well as offering office and laboratory space for external technology-led companies, corporate Research and Development (R&D) and product development teams to work within. The development is part of the University’s £520m investment across campus, aimed at positioning Leeds as one of the UK’s top higher education institutions.

This will be a pivotal part of the new Innovation Centre in the city, which is focused on the academic and economic strengths of the city, particularly health innovation, engineering, financial and business services, data analytics and digital technologies. The district will be supported by a wide range of uses – becoming a place where commercial, educational, residential, student accommodation, cultural, arts and leisure uses all come together to create a vibrant 24 hour experience. Leeds has already laid the foundations for the Innovation District – it is the largest centre for knowledge-based industries and financial services outside the capital and attracts some of the best and most innovative companies and researchers from within the UK and further afield, and the Innovation District will only continue to attract more business to the city.

Leeds will become home to more companies
Leeds in 2018 demonstrated its leadership in the digital sector – winning a competitive pitch with other major UK cities to be the headquarters of Channel 4. Leeds is already home to a thriving creative industry and brands with global reach, such as famous gaming brands, like Rockstar Gaming, and award winning creative media agencies servicing international clients and major household names, such as Adidas, Jet2 and Jaguar Land Rover. In addition, Leeds has well-established TV links already, and Channel 4’s headquarters will only strengthen the creative hub within the city, complement the wealth of expertise that currently exists, and ensure that it’s a destination for key decision makers and producers.

In addition to Channel 4, the HMRC also announced a move to the city as part of a wider Government Hub which will see NHS digital also move location within the city. The deal will see 6,000 civil servants working in a state-of-the-art new city centre premises in 2020.

ConferenceLeeds predict that 2019 will see more significant announcements of companies making the move to Leeds, with the city seeing the fastest private sector growth of any city in the UK. It is currently home to the highest concentration of internet and telecommunication providers in the country – making it one of the most digitally connected cities to do business in. Its physical connectivity is progressing too with the planned arrival of a state-of-the-art railway station and HS2, as well as infrastructure improvements to Leeds Bradford airport and a one billion investment in Manchester Airport, which will see Terminal 2 double in size to become the airport’s main centre.

Digital will continue to strengthen in the city
2018 saw a true celebration of the city’s thriving digital sector, following the immense success of the Leeds Digital Festival. The event, which is the North’s largest digital festival, was held in April 2018 and is a city-wide, open platform celebration of all things digital. Taking place over two weeks, with 660 speakers, 400 companies involved and a total of 20,000 attendees, this year’s event was the biggest yet. Following this was the first ever digitech festival. The event, which was organised by Crown Commercial Service, the UK’s largest public procurement organisation, and Public Sector Connect, was held at major entertainment venue first direct Arena and will saw over 600 delegates visit the city as a result.