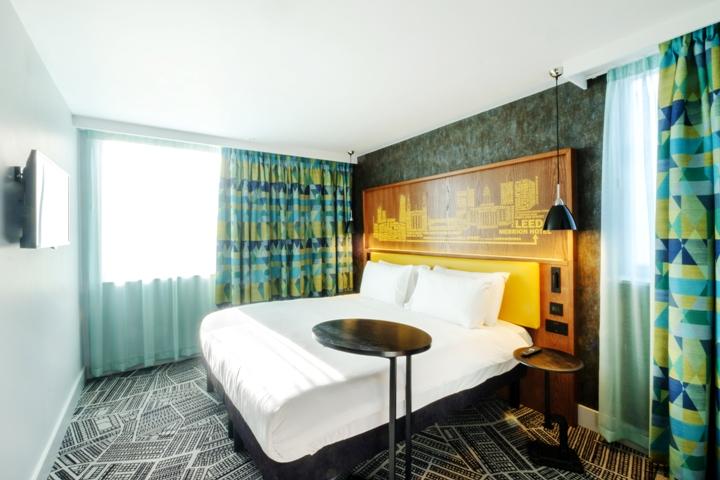 A NEW multi-million pound hotel and restaurant complex has opened its doors this week, adding to the ‘rapid renaissance’ of Leeds’ Arena Quarter.

The 134-bedroom ibis Styles hotel and Leeds-born Marco Pierre White’s New York Italian restaurant, based at the city’s Merrion Centre, officially opened at noon on Monday 10 April, marking the next phase in the centre’s renovation and building further on the area’s flourishing tourism and leisure offering.

Edward Ziff, Chairman and Chief Executive at Town Centre Securities (TCS), the owners of the hotel and restaurant complex, as well as the Merrion Centre, said: “The arrival of the ibis Styles hotel and Marco’s New York Italian marks another major step forward for the Merrion Centre and the Arena Quarter’s rapid renaissance.

“We’re really excited to see the transformation of our hotel and the hard work of the team pay off. We’re confident both the hotel and restaurant will be a success and play a key part in Leeds’ position as a renowned tourism, business and leisure hotspot.”

The hotel’s Yorkshire-themed styling draws on the city’s heritage, encompassing elements of industry, sport and culture throughout the property, from the reception area and guest relaxation spaces, through to the bedrooms and bathrooms.

“This exciting new addition to our portfolio of ibis Styles hotels demonstrates our continued efforts to set the benchmark in economy hotels.

“The interior, in keeping with all ibis Styles, has a bespoke personality and design, inspired by its location, to give our guests a unique and memorable trip. Its close proximity to the city centre makes it the perfect choice for keen explorers and the rooms have been expertly designed with comfort in mind to give our guests the best possible experience.”

The hotel and restaurant’s official launch party will take place later this year when Marco Pierre White returns from Australia, where he is filming Hell’s Kitchen Down Under.

Both the hotel and restaurant are managed by Interstate Europe Hotels & Resorts.

“The hotel and restaurant add a new dimension to the city’s buzzing leisure and tourism scene, and we’re sure they’ll be a great success.”