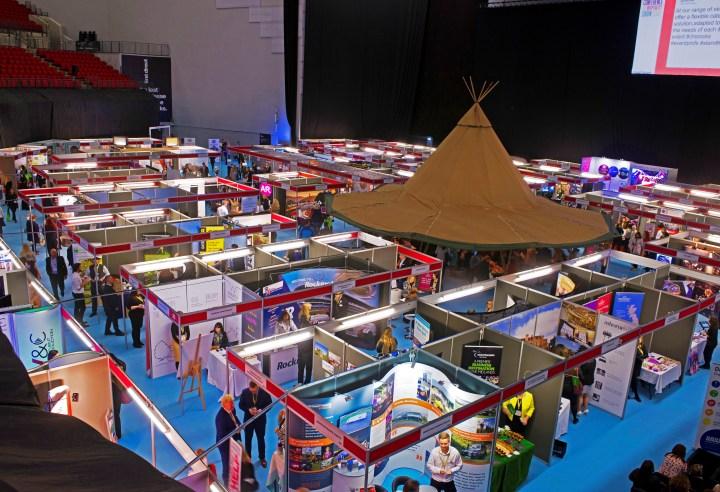 The Conference and Hospitality Show (CHS), one of the UK’s leading events for venue finders, event organisers and PAs, contributes over half a million pounds to the local economy, an economic impact study has found.

The independent economic impact study was conducted by the UK Centre for Events Management at Leeds Beckett University and is based on research undertaken at the 2016 show. The study has revealed that the one day annual event brings £566,925 to Leeds and the surrounding area. CHS 2017 will be taking place on Tuesday 4th April at the first direct arena Leeds.

Emma Cartmell, CEO CHS Group said: “Leeds has been the home of CHS since it was founded eight years ago, so it is very rewarding to discover the financial impact that it has on the area. LeedsBID (Leeds Business Improvement District) is a principal supporter and
its investment helped us to keep the show in Leeds when it had outgrown two venues and our only option was to take a huge leap into a much bigger arena. I’m proud that our one day event has such a significant impact.”

Andrew Cooper, LeedsBID’s chief executive said: “Leeds is now the fifth most popular conferencing destination in the UK; It is essential we support the work in conveying that message to continue to attract leading conferences and events to the city of Leeds recognising the valuable contribution they make to the local economy. This is the second year in succession that the event has been held in the centre of Leeds at the first direct arena.”

Now in its eighth year, CHS is one of the UK’s leading events for venue finders, event organisers and PAs; the show connects over 200 national suppliers with over 800 event buyers from across the UK.

Exhibitors include venues, hotels, technology providers and many other national meeting industry suppliers. Venues confirmed to date include Titanic Hotel Liverpool, Horizon Leeds, Feversham Arms Hotel, Elite Hotels, Lincolnshire Showground and The Lowry Hotel. Groups represented include Q hotels, Marriott and Pride of Britain, and suppliers include Venues.org and Cvent. Running alongside the exhibition is an education programme with sessions designed for event organisers, corporates and PAs.

CHS 2017 will take place on Tuesday 4th April at the first direct arena, Leeds.
Doors open at 9.00am
#CHSRocks