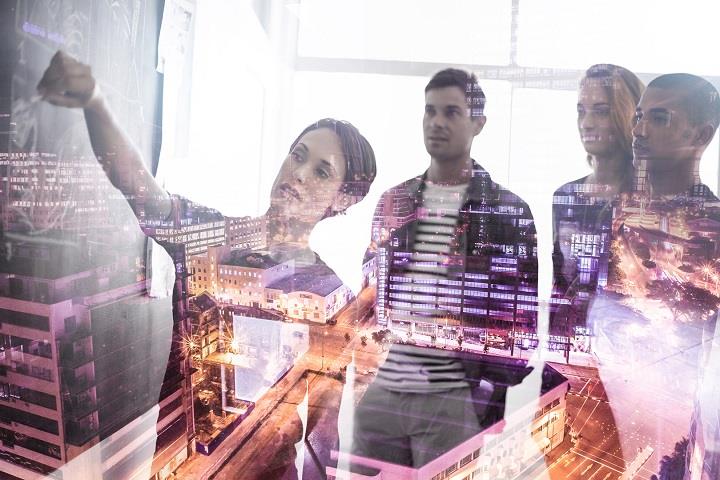 The digital hub of the North: Conference Leeds celebrates the return of Leeds Digital Festival

Leeds is one of the most innovative digital hubs in the UK, now being home to over 3,500 digital and technology companies across a range of industries. Furthermore, Leeds now has a digital GVA of £688 million with a growth potential of 92% , and the upcoming Leeds Digital Festival will further shine a spotlight on the city’s digital strengths. With less than a week to go until the Festival, ConferenceLeeds highlights some of the exciting events that those attending can look forward to.

The Leeds Digital Festival, the North’s largest digital festival, takes place between 16th – 27th April 2018 and is a city-wide, open platform celebration of all things digital within the city. Since its birth in 2016, the festival has grown in numerous ways, with 150 events and an expected 15,000 attendees.

Events at this year’s festival include the full-day conferences FinTech North and TechEdge, hosted by Whitecap Consulting and Sky Betting & Gaming respectively, which will see a host of specialist speakers from around the world divulge knowledge in these areas. Other programmes include Branded3’s Leeds Loves Search, Trinity Mcqueen’s Policing the Digital Playground and Netpremacy’s insights into the Google Cloud Platform.

Leeds’ healthcare sector strength and leadership in medical innovation and data research will also be highlighted throughout the festival. Leading healthcare companies such as NHS Digital, the Consumer Data Research Centre (CDRC), Leeds Institute of Data Analytics (LIDA) and Open Data Institute (ODI) will all be hosting a range of events showcasing their most recent cutting-edge projects and hosting workshops.

Elements of the Festival programme also aim to address diversity in the digital sector, including the discussion ‘Where are the women in tech?’, which is a collaboration between Swedish government-backed Java4Women and UK-based Virtual Pair Programmers. You can find out more information on diversity in technology in Leeds here.

Finally, the festival also shines a spotlight on some of the city’s most popular creative spaces, which also offer excellent conferencing facilities and delegate experiences. This includes the recently-opened Platform, a Bruntwood office space that is officially launching its tech hub at part of Leeds Digital Festival on Monday 16th April. Platform recently received a portion of this year’s Leeds Tech Fund, alongside Duke Studios, who are both offering their spaces to host events during the festival, alongside further exciting food and drink venues Headrow House, Belgrave Music Hall & Canteen and Arc Inspirations, all extremely unique to Leeds. Discover more about the venues involved in the festival here.

Stuart Clarke, Festival Director at Leeds Digital Festival commented: “We are extremely excited to be back and even bigger than ever, as we move to a two-week long Festival to make even more noise about the digital sector in the city. We have exciting popular events returning such as FinTech North and Code in the Dark, as well as a range of new events based around data, healthtech, sports tech and start ups. We also have the introduction of the Leeds Digital Festival Awards, so we can really demonstrate the up and coming talent in the city.”

Jennifer Young, Head of ConferenceLeeds added: “The Leeds Digital Festival is an extremely unique experience which really demonstrates how Leeds is really leading the way in discussion and innovation in the tech industry, with the event at the envy of other cities.

What’s more, it is a great opportunity to showcase some of Leeds’ great venues, from our academic facilities at the University of Leeds to our excellent hotel hosting strengths, such as DoubleTree by Hilton, situated at the beautiful waterside Granary Wharf area. This is alongside demonstrating the strength in Leeds’ food and drink scene, with events taking place at exclusive venues such as Northern Monk Brewery, which is not only award winning, but one of the fastest growing breweries in the UK, right through to Leeds’ very own Belgrave Music Hall & Canteen, which includes the cities most spectacular roof terrace.

We are extremely excited by the schedule planned to continue to watch not only our digital sector, but Leeds as a hosting city, thrive.”