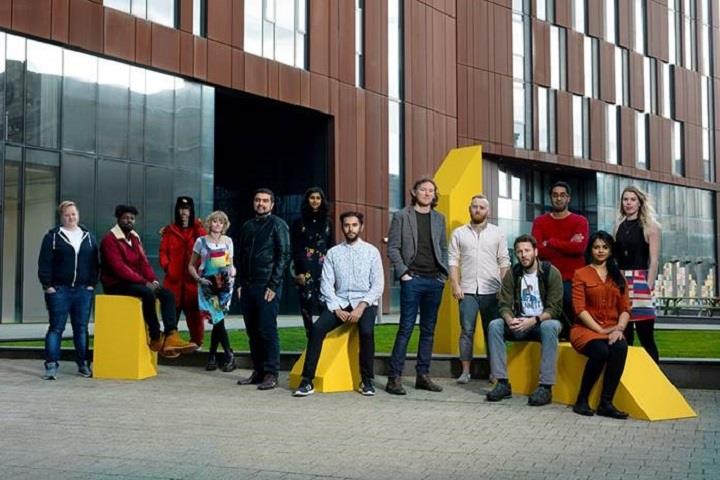 Today (Tuesday 17th October) Leeds City Region launches an exciting campaign called #4Sparks to attract the relocation of Channel Four. The next generation of young and diverse content makers have come together to give their support to the campaign and express how by heading to Yorkshire and engaging with new voices and talent, Channel Four could spark a revolution in the creative and screen industries.

All the Local Authorities, cities, towns and industry players of Leeds City Region have come together, with Screen Yorkshire, in an unprecedented show of solidarity and determination to support this campaign.

“There’s a real momentum here and I’m delighted the young creatives of the region have come together to champion the #4Sparks campaign, demonstrating that we offer a distinctive voice for Channel 4. We all know that the region is on the cusp of a real transformation and Channel Four are the spark, the opportunity that could lead that revolution.

“We’re fully committed to standing shoulder to shoulder with Channel Four to offer a full package of support to de-risk the process of relocation.

“It’s great to be part of #4Sparks because I’m really excited about the potential for Channel Four moving here. I’m proud to be part of a group of young, creative people from Bradford, York, Huddersfield and Leeds coming together to show how inspirational a Channel Four presence would be.

“My experience of playing Alya in Ackley Bridge at such an early stage in my career has been fantastic. I hope #4Sparks shows Channel Four how much difference and opportunity they could make, and what a warm Yorkshire welcome they’d receive.”

“I work on programmes that are made in Yorkshire that are shown around the world. Through its Growth Fund, Channel Four helped make that happen through its support of True North. It shows what’s possible when Channel Four engages with our part of the world.”

David Eccles, founding partner of Leeds-based Numiko, Channel Four digital partner for many high profile projects such as The Undatables, Stand Up to Cancer, Fresh Meat, Bear Grylls‘ The Island and the Paralympics, commented:

“With the unstoppable rise of on-demand, internet based content providers such as Netflix and Amazon vying for viewers’ attention, Channel Four needs to be able to plug into a local ecosystem of digital talent which will guarantee their success for the next 35 years. I strongly believe that Leeds can provide this.”

“There’s lots of promising sparks – lots of makers and do-ers who have a real self-starting, can-do attitude, supported by a really supportive, collaborative culture. It’s just so much more beautiful and accessible here and everyone wants to help you. We don’t tend to think ‘how can I get the biggest slice of the pie’, we think ‘how can we make the pie bigger’.

Yorkshire & Humber’s film and TV industries growth has outstripped that of every other part of the UK, including London and the South East. The figures show that between 2009-2015, Yorkshire’s Film & TV Industries generated an annual turnover of £424m across 590 creative businesses (an increase of 247 per cent against the UK average of 118 per cent) with Gross Value Added (GVA) increasing 242 per cent in comparison to a UK average growth of 120 per cent. Figures are based on data from ONS, taken from research commissioned by Screen Yorkshire as part of the BFI-supported Creative Clusters programme.