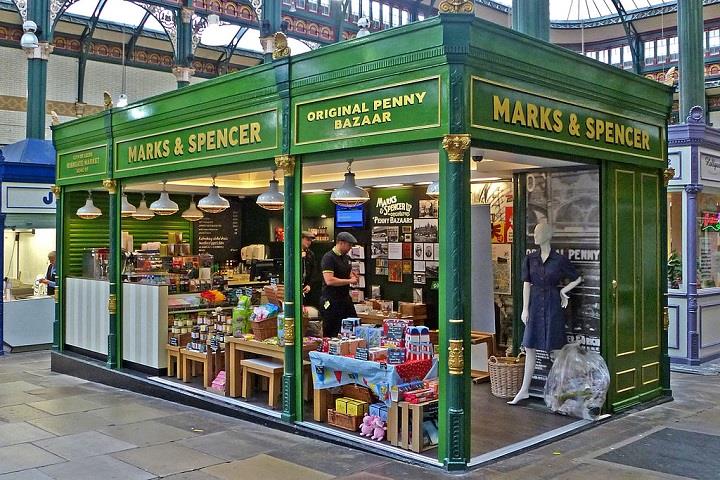 Leeds and its residents have had a real impact on the world as we know it.

And the city has a pretty good track record of people and innovative developments to be proud of.
The diversity, modernity and cultural atmosphere of the city has encouraged growth, the development of new concepts, a wealth of advancements and breakthroughs in the world of science, technology, entertainment, medicine and sport, just to name a few.

Today Leeds’ history, delegate experiences, venues and environment have helped the city become the 4th most popular conferencing destination in the UK, according to the 2018 BMEIS report.

As we enter a new decade, we’re shining a light on some of the key developments that have helped shape Leeds into the city it is today.

Ever wondered who first discovered oxygen?

It was Leeds native Joseph Priestley.

Priestley was a natural philosopher and chemist, who is most well known for his discovery of oxygen and the secondary invention of carbonated water.

In 1773, whilst working as a tutor for the family of the Earl of Shelburne, Priestly analysed different ‘airs’ and observed that a flame went out when placed in an upturned jar, and that living creatures couldn’t breathe when concealed under the jar. He also discovered that adding a plant into the jar and exposing it to sunlight would “refresh” the air and allow a flame to burn and an animal to breathe.

Following this discovery, Priestly was offered a ministry in Leeds which was located near a brewery and this further sparked his curiosity of what we know now as carbon dioxide. He found a way to artificially effervesce water with the gas, eventually creating carbonated water, with his discovery later earning him the Copley Prize by the Royal Society.

Therefore, the fundamental understanding of the air that we breathe, and the creation of the fizzy drinks that we know and love, started on-the-ground in Leeds as a monumental scientific discovery.

Another development that was born in the city was created by Sir William Henry Bragg.

Good Morning Yorkshire
ITV, which was originally known as Yorkshire Television (YTV), first aired in 1968 and quickly became the voice of the North – broadcasting from its base in, you guessed it, Leeds.

In 1977, YTV launched a six-week breakfast TV experiment and aired Good Morning Calendar, a programme that has since been hailed as the UK’s first breakfast television programme. The success of this programme paved the way for the format, which has been a prominent feature of the early morning schedules ever since.

YTV’s television studios on Kirkstall Road are still in use today and have been used in the production of popular programmes including soap favourite, Emmerdale.

Leeds has continued to be a pioneer within the entertainment industry, and is now home to a number of entertainment hubs including Sky, RockStar Games and most recently, Channel 4.

Home of the Hip Replacement
In the 19th century Leeds was, and still remains to this day, a centre for high calibre surgeons, and one of the most well recognised people in this field is Charles Thackray.

After qualifying as a pharmacist, and spending some time working in London for Queen Victoria’s official pharmacist, Thackray returned to Leeds and in 1902 opened Chemist shop ‘Chas F Thackray Ltd’ with his partner Henry Scurrah Wainwright.

As the chemist grew a name for itself, Thackray networked with others in his field, including 1st Baron Moynihan, who gave Thackray the idea to make surgical instruments. By 1918, Thackray had a fourteen strong team creating surgical instruments with the company eventually becoming a pioneer in the manufacturing of hip replacements.

Thackray’s work is still a centre point of Leeds’ medical history, with one of the city’s most popular and unique conferencing venues, Thackray Medical Museum, acknowledging his work with exhibits dedicated to him, and other remarkable points in medicine throughout history.

The First Hand Transplant
In 2012, the UK’s first-hand transplant was performed at Leeds General Infirmary (LGI).

Simon Kay, Professor of Hand Surgery, had been calling out for volunteers of the pioneering surgery which had already been a success abroad, with the first operation being performed in France in 1997.

Professor Kay performed the UK’s first ground-breaking operation on Mark Cahill, which saw medics attach bones in Mark’s arm to a new hand with titanium plates. The arm and hand were connected with tendons, blood vessels and large nerves and was hailed a huge success.

Progress in this field has continued within the field, with a double hand transplant being performed at LGI last year.

It’s in our DNA
William Astbury, a Physicists and Molecular Biologist became a Textile Physics lecturer at the University of Leeds in 1928 and was appointed Professor of Biomolecular Structure in 1946.

During his time at the University, Astbury made the first steps towards discovering the structure of DNA by pioneering the use of X-rays to explore the structure of the biological macromolecules which are found within all living cells. In doing so, he managed to solve the structure of DNA and pioneered a new approach to the study of living systems on the whole – molecular biology – which is a field that continues to make world-changing discoveries to this day.

But one making real headway in the teaching of education is Leeds Beckett University.

The University is investing £200 million in campus development and has been identified as one of the leading teacher training providers in England. Leeds Beckett University is looking to redefine the education and professional developments of its workforce by offering distinctive and creative programmes that are responsive to the changes taking place in society, focusing on the diverse skills required of modern professionals at its brand new teaching facility, Carnegie Teacher Education Building.

This one’s for the fans
Getting the latest team shirt might be an annual tradition, but did you know that the first team able to do just that was Leeds?

In 1973 Leeds’ then manager Don Revie, who is credited as a man with an eye for commercial excellence and entrepreneurial spirit, entered into a deal with a brand new kit manufacturer called Admiral, which would lead to a revolution in kit design that changed the world for football fans.

Admiral’s proposal was to redesign the club’s kit so that a replica could be copyrighted and sold to the general public, and in turn fans could represent the club whilst the club received profit for each kit sold.

The second stroke of genius engineered by the collaborative deal was to create a radically different change kit, which stood out from Leeds’ traditional white kit by being all-yellow with blue and white trim. Leeds wore this change kit in all their away games, regardless of whether the home team’s kit clashed with their traditional kit, and as such, the term “change kit” was rapidly replaced with the misnomer “away kit,” which has now become universal as a result.

This isn’t just any Penny Bazar

Marks & Spencer was born in Leeds.

Almost. Michael Marks journeyed to Leeds from Belarus in 1882 and bagged himself a job as a Pedlar (travelling vendor) in Kirkgate Market. After two years of hard work, Marks had his very own market stall which classified everything by price before eventually transforming into a Penny Bazaar.

By 1900, Marks had gone into partnership with Tom Spencer and the two had expanded the stall to include 36 Penny Bazaar outlets, which included 12 high street stores.

In a nod to its history, in 2013 M&S opened a Heritage Stall in Leeds Kirkgate Market, close to the original Penny Bazaar.

A little bit of Leeds, wherever you go.

They say when you love a city, you take a little bit of it with you wherever you go. That’s what one of the most influential structural engineers of our time did, anyway.

Leeds-born structural engineer Edmund Happold worked on the construction of many of the international landmarks that are at the top of many travel-lovers bucket lists.

Happold, a University of Leeds alumni, studied Civil Engineering and architecture in his spare time. After shadowing a number of civil engineers, whose works included Madison Square Garden, Happold worked on the construction of the Sydney Opera House in Australia, the Millennium Dome in London and the Pompidou Centre in France.