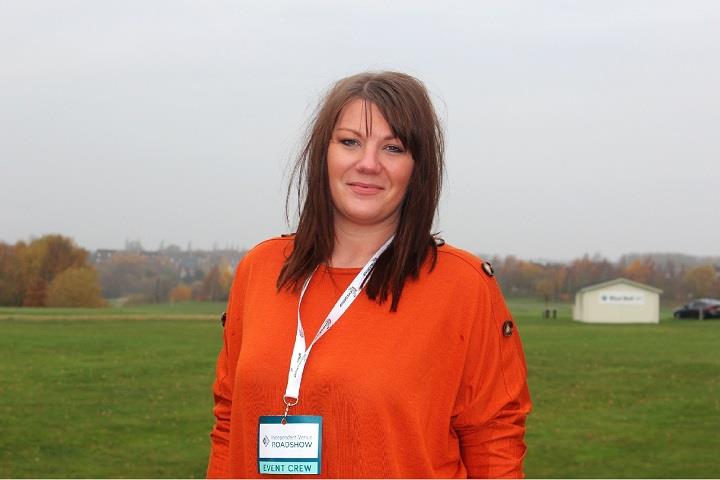 Michelle Rennoldson joins CHS Group UK as buyer relationship manager with a remit to make the 10th Anniversary Conference and Hospitality Show the best yet.
A regular attendee from the inaugural event in 2000 to CHS18, Michelle has seen the Conference and Hospitality Show grow and build to the record-breaking national show in 2018, that has put Leeds firmly on the conference map.

Delighted at being the latest addition to the CHS team Michelle said: “I started with CHS as a project manager to cover a single event, which grew into another one and then they asked me to come on board permanently.

“I look after the Independent Venue Roadshow and hosted buyers programme. I’m currently recruiting judges for our 5th anniversary CHS Awards and relationship building with contacts, agents, PA’s and venues and inviting them along to our events.

“I’m so pleased to be working with CHS, I’ve known them and worked alongside them for a long time and they’ve always been such a great company to work with. They never sit still and are constantly looking to improve what they do and pushing for the next big thing. It’s wonderful to join the team at this exciting time, having seen CHS grow and build into a national show in Leeds over the last nine years.”

Michelle began her career 12 years ago as hotel sales coordinator where she gained lots of experience and her first taste of working in events.

Following an introduction at the inaugural Conference and Hospitality Show at the Royal Armouries in 2010, she joined the team of a brand-new casino in Leeds city centre, as front of house and reception, having fallen in love its events space, private dining, and private cinema. Following two-years of learning the trade, Michelle became senior events manager, in charge of everything from enquiry to operations.

Michelle then spent six years at the National Railway Museum, initially with Compass, and then Science Museum before combining her freelance work with a new position of buyer relationship manager for CHS Group UK.

“It’s interesting seeing how it works from this side. My previous experience has been as a venue, and a delegate and I’m now building a very different relationship with contacts from my venue background. It’s a different conversation as you are asking people to give their time and that’s almost as hard as talking sales and bottom line, that’s challenging but I really like that element of it and it really helps to have knowledge and an understanding of that other side I can be passionate about this as I believe it to be quality time invested well, I couldn’t promote it if I didn’t believe it.”

It’s an exciting time to join the organisation as it planning to mark two important milestones – the Conference and Hospitality Show will celebrate its tenth anniversary in 2019 and it will also be the CHS Awards fifth birthday. Michelle comments: “We’re very excited about the it’s the 10th anniversary, it will be focussed on where we’ve been, where we are, and where we are going. We’ll be celebrating with everyone who has been on this journey with us, so expect big and exciting things ahead.”

CHS19 will return to the First Direct Arena, Leeds for another Rockstar event on Tuesday 30th April 2019 and promises to be bigger and better than ever with lots of exciting keynote speakers, industry experts and quality buyers in attendance. Expect another great event, with plenty of opportunities to see what will be trending in the events and hospitality industry in 2019.