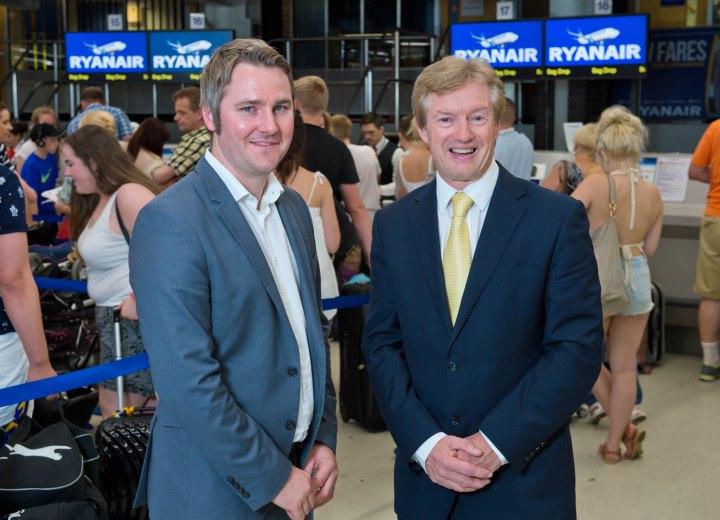 Ryanair is the ideal choice for business and leisure customers, who can now choose from 25 Leeds Bradford routes in summer 2017 and look forward to further improvements, as Ryanair continues its “Always Getting Better” programme, which includes more new routes, new digital features, new cabin interiors and even more low fares.

In Leeds, Ryanair’s Head of Communications, Robin Kiely said: “We are pleased to launch our biggest ever Leeds Bradford summer 2017 schedule, three months earlier than last year, which includes a new route to Girona, the continuation of our winter services to Bratislava, Gran Canaria, Vilnius and Warsaw to summer, and more flights to Alicante, Faro, Ibiza, Krakow, Lanzarote, Palma and Tenerife, which will deliver 1.3m customers p.a. and support 975 jobs at Leeds Bradford Airport, as we grow our operation by over 20%.

“To celebrate the launch of our Leeds Bradford summer 2017 schedule, we are releasing 100,000 seats for sale across our European network from just £19.99, which are available for booking until Thursday (21 Jul). Since these amazing low prices will be snapped up quickly, customers should log onto www.ryanair.com and avoid missing out.”

Tony Hallwood, Aviation Development Director at Leeds Bradford Airport, said: “We are thrilled that Ryanair are significantly increasing their capacity from Leeds Bradford in Summer 17; offering their widest ever low cost flight choice from Yorkshire’s gateway airport. With five new routes, including three to European capital cities, Ryanair’s expanded flying programme of 25 routes will deliver wider business destination choice, encourage a growth in inbound tourism visitors to Yorkshire alongside increasing the choice for leisure and city breaks for our regions holidaymakers.

“This substantial growth is fantastic news for our regional economy and highlights the continued growth and strength of the Leeds City Region alongside supporting the creation of new jobs across Yorkshire. We look forward to welcoming a 20% growth in the number of passengers flying from Leeds Bradford with Ryanair next summer who can now increasingly fly close to home.”